The 16th South Carolina Color Guard of Honor, comprised of SCV members, serves as ambassadors to the community. The Color Guard embodies the virtues and principles of our ancestors that we honor; virtues and principles that are just as valid in the 21st Century as they were in 1861. The Color Guard provides a military honor guard for ceremonial occasions. The 16th South Carolina Color Guard of Honor carries the Unites States flag, the South Carolina flag, and the Confederate Battle flag. In addition, the Color Guard normally is flanked by members carrying rifles. The unit wears custom-made uniforms that are an impression of what a crack color guard unit would wear today if the South had won the War for Southern Independence.

Often during memorial services the Color Guard will perform the Canteen Ceremony. As the War for Southern Independence wore on, the gallant soldiers of the Confederacy were deprived of many of the supplies needed to defend their homes. Often they fought in tattered uniforms and worn-out shoes with minimal food. During that time, the "Band of Brothers" concept emerged. The soldiers pledged to share everything they had, even down to the last drop of life-giving water in their canteens. The Canteen Ceremony recalls that pledge of sharing, as each member of the Color Guard takes a tiny sip from the same canteen. Water from the canteen is then poured on the grave of the soldier being memorialized, linking the departed soldier with those of the Color Guard pledging, "You are not forgotten!" 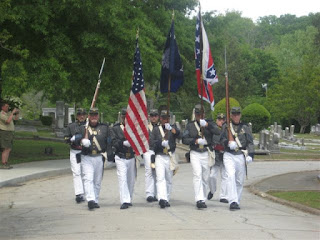 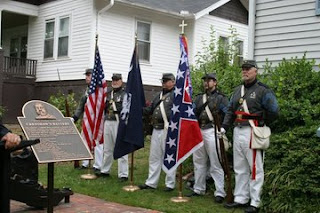 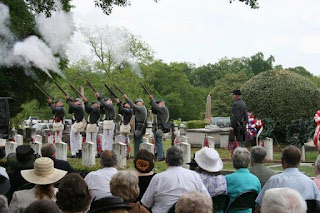 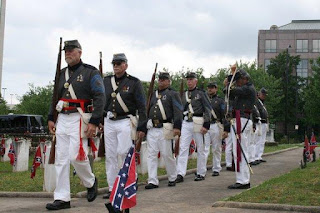 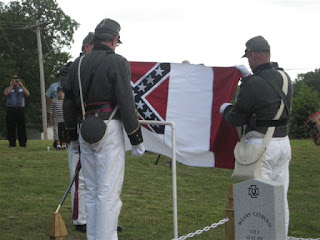 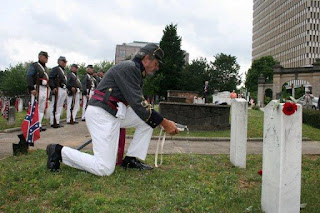